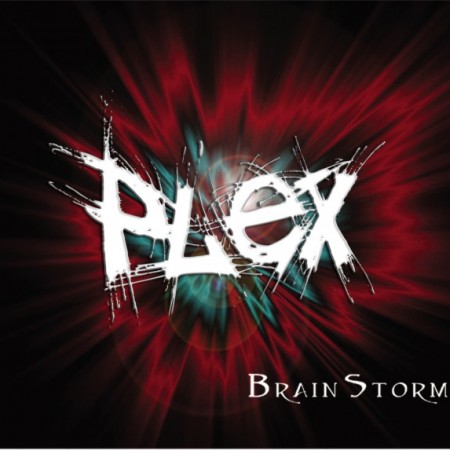 “20 tracks deep and packed with social commentary, abstract production, and jab-filled lyrical gymnastics, the debut from this Canadian MC is not to be taken lightly. While the beats bounce, resulting in a mood that is often ostensibly propulsive but also mellow, the rhymes stay on message, tackling subjects both global and local. “The Way It Should Be” rides a scrappy guitar riff and a vintage bass groove, featuring lyrics that come hard at politics, war, and religion. It’s heady stuff, but he doesn’t get ahead of himself. The rhymes are well-plotted, and even though the topics are a bit grandiose, it just works to make the urgency of the words that much more apparent. “Better Days” brings in the synths, questions the state of modern music, and lays out the need for a change. It’s one of the many calls to action on this CD, and one of the many well-executed points of focus. Prepare yourself for some motivation in motion. And some fun.” – CD Baby

“There’s a refreshing feeling to receiving a debut disc from an artist you know has put in a lot of time, energy, love and money into. Native Canadian producer/MC Plex just released his debut LP, and after taking it all in, I can wholeheartedly say that it would be a wise decision to check out, especially if you are fed up with the status quo of hip hop in 2009. This is something unique and inspiring, and is sweetly summed up with: “if you’re looking for truth, wisdom and more/ thank you and welcome to the Brainstorm.”

Crystalline clear production elevates this 20-track collection from non-descript product to a notable contribution to the canon of Canadian hip hop. He starts with his heart on his sleeve, and just stitches in more layers of deep feeling and thought as the album slowly unfolds. Interestingly, the rapper Plex confidently pushes the boundaries of his voice forward and harmonizes with himself on the first song, “Freeway”, where he assumes full responsibility for his actions and inspirations in his turbulent life. When’s the last time you heard a rapper do that?

There’s a gritty, Kingston Jamaica-ish tinge to the majestic horns and dutty guitar licks that kiss the body of “The Way It Should Be”, as Plex shows that his worldly thoughts take precedent over any other aspiration he might have as an MC. This isn’t about making money, but music this well-created should earn a reward.

“Is this a song about war, politics or religion?/ The three are so connected, I can’t tell the difference. “ Word up. Some of Plex’s most simple lines are powerfully brilliant. And Sarah Podemski connects the verses to the beat quite satisfyingly with the wise words that are curled up inside her sprawling, sparkling singing voice. Songs like this are what separate an artist like Plex from the rest of the independent horde of rappers trying to say something meaningful or make something lasting. His awareness and his songwriting skills become sharper with each track that unfolds on ‘Brainstorm’.

“Spare Change” speaks on the unhealthy over-medication of society, as Plex, Rellik, and Touch, all deliver very compelling, insightful and well-structured verses discussing the necessary changes the world must undergo before the optimism that most dissenting folks keep guarded in their hearts can be born. Leemai Lafontaine’s the one I assume is singing the hook, and it works, though not as pleasingly as the previous track. Over a nearly country-twanged, these natives break it down until Babylon falls apart, and puts the truth back together, as it was meant to be seen.

Toronto multi-instrumentalist Darp Malone lifts the well-intentioned tune “Grateful” from medium level having to much more impact. Sure, the moody minimalist beat suits the love-dipped lyrics of the track, but it might have been better to remain more traditional with such sentiments, and provide a deeper bed of emotion for the honest lyrics to lay down upon. It turns a song that might have been great simply into something good. A similar reaction is inspired by the next song “The Road”, where on paper, one might anticipate some explosive emotion. But unfortunately, the 60’s-era-Motown-worthy goddess Mz. Chawls isn’t utilized to her fullest on this smooth number. They can’t all be perfect.

Luckily, the momentum rockets skyward with the abstract swirling magic of Moka Only, who provides the fluid foundation, a friendly verse and chorus of “Feel My Style”. Just when you thought it was done, 9th Uno appears on the second half of the track, and bludgeons it to submission.

Good thing he made a solid response to anyone talking that ignorant shit about Aboriginal Native Canadians. And his singing may need a bit of work, but anyone with a well-tuned ear could ascertain that Plex does actually possess the potential to croon the smooth blues. It’s just not always in tune with the music, evidenced on the stark confessional “Reality”. “Motivated” is more of what you want to hear from Plex, as DJ Divinyl’s precise “get busy!” cuts open the gully, bangin’ number that features Dirt Gritie, who describes the modern era of hip hop precisely with the intelligent chorus. Definitely one of the most compelling songs on the album, and you hear that feeling co-signed by the outro.

“One” features the powerful Hero MC E. Dot who tells a simple story of days gone by, before Plex comes in and schools motherfuckers straight up and down about the truth of genocide of the Native North American Indian and the hundreds of years of hidden history that remains unknown to the masses. Plex’s voice perfectly captures the plight of his people in his verse, and collects the thoughts and hearts of millions of his people with his wise words before he drops his ancestor’s karma bomb on all ignorant heads. The parallels between African and Aboriginal cultures never felt so close. If only E. Dot spit his verse about slavery, that song would have burned a hole through the CD player.

As most people who are creating their debut album fall victim to, the biggest problem with this is the extended length of it. Although no songs are atrocious, some songs are certainly stronger than others, and a bit of executive producer editing could have made this project much more impactful, had it lost about 3 or 4 songs. Those lessons are learned in time.
It’s great to hear long-time veteran Touch on the mic once again, even if he’s not exactly flexing on the things he’s best at (smashing wack MCs). And as the album closes out on a comedic note, you realize that the gentle giant named Plex has succeeded in his mission to deliver a respectable piece of music full of “truth, wisdom and more” to the table. Soak in the depths of the album called “Brainstorm” if you want a refreshing new burst of down-to-earth, yet top-quality hip hop music.”

“A couple of times on Brain Storm Plex makes reference to an old crew that are no longer down, and with “Freeway” he reveals how he plans to get his revenge: “If my homies can’t show me love they can all sit back and watch me shine up above.” Success is always the best payback but the song also expresses how difficult that can be and how much hard work it requires. It may be a lot of hard work but Brain Storm is a great solo debut for Plex, who has long been a member of Won 18, the gritty rap crew he helped co-found. What will most likely hit his detractors hardest is his winning for the Best Hip-Hop Single at the North American Indigenous Image Awards for “Spare Change,” featuring Rellik and Touch (who both make a number of appearances on this album), as well as Leemai and Raven Kamatakta. It’s a mellow track with a little bit of country appeal thanks to some twangy guitar and fiddle but more importantly, it’s the positive message that calls for change that makes it such a standout. A few other tracks get a bit of that country vibe and there’s a lot of singing on the hooks, but Plex varies the sounds quite a bit, with Just B bringing a ska vibe to “The Way It Should Be,” Darp Malone’s chorus lending “Grateful” a smooth soul vibe and then there’s a whole bunch of dark, dance-y synth tracks. Positive lyrics with a nice variety of beats? Now that’s a brain storm.” – Thomas Quinlan