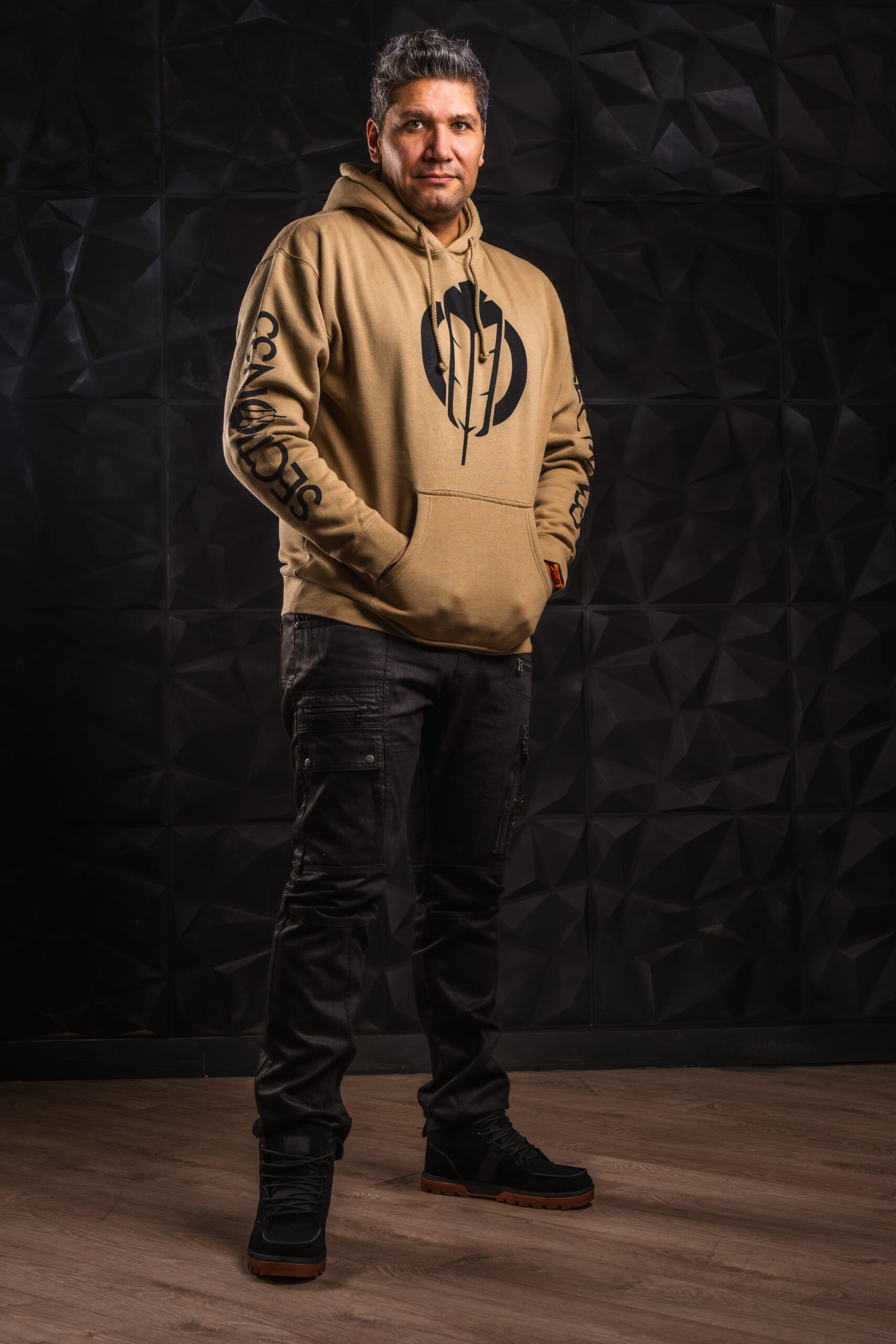 Plex is an award winning hip-hop artist and producer based in Barrie, Ontario. With almost 30 years of experience, Plex has raised the bar amongst his Indigenous peers, while building a strong and relevant presence in Canadian Hip Hop. Since releasing his debut solo album in 2009, Plex has toured across the US and Canada performing, teaching workshops to Indigenous youth and running his independent record label, New Leaf Entertainment.

Since September 2010, his music video for The Way It Should Be, from his first album “Brainstorm,” has received critical acclaim from across the globe and has screened at over 30 film festivals worldwide, receiving 7 awards.

His sophomore release “Demons,” made its debut in June of 2012 and appealed to those who love old school hip hop and deep, thought provoking lyrics over intricate production design.

In 2022, ten years after his last album release, Plex presents his latest 11-song LP, “Who Am I To Judge.” The album speaks directly about Plex’s struggles with drugs & alcohol, the evolution of hip hop, cultural appropriation, and the state of the planet, while pondering what it may take to fix it. Who Am I To Judge features collaborations with many artists from both the hip hop and Indigenous communities, including Lady Luck, Kryple, Drezus, Touch and Rellik. Most of the production was piloted by Plex, but also includes 3 tracks produced by acclaimed artist & producer, 2oolman. Also worth noting, is the song Don’t Know How, produced by Cashmere Brown, who is known for his production on Kanye West’s “Donda.”

Plex is a master at his craft and a visionary who is committed to his community and his artistic expression.